What the Brexit agreement means for your business 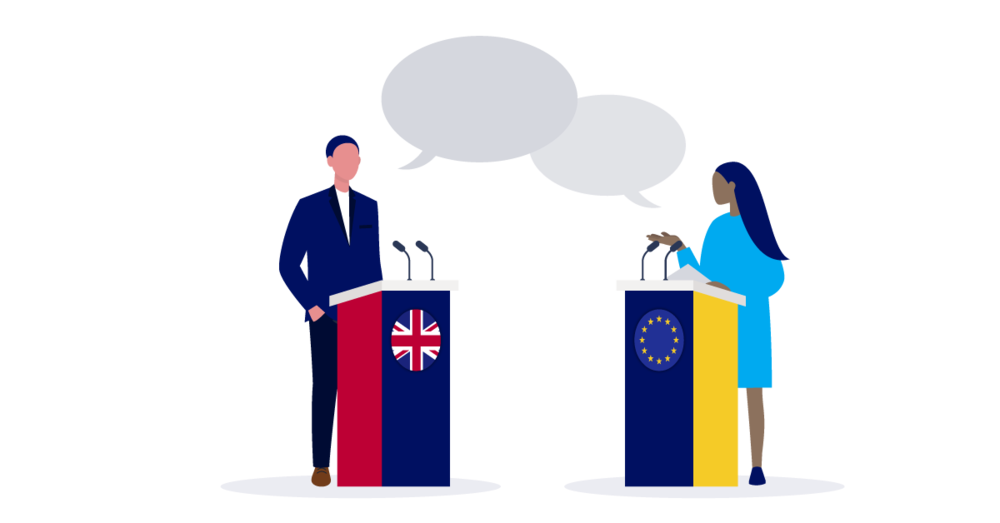 We’re nearly two weeks into our next chapter as a nation, no longer a member of the EU. For the months and weeks leading up to our exit on 31 December there was a lot of speculation about what life would be like for business owners. From borders to paperwork to fishing, the processes companies would have to go through hadn’t been outlined. It wasn’t until Christmas Eve that we found out the terms we would leave on. There wasn’t much time to digest the new rules before they came into effect on 1 January.

For many, life has continued pretty much as normal so far. But for industries such as retail and manufacturing in integrated supply chains, there have been significant changes. These will take some time to get our heads and wallets around as we adapt to new customs bureaucracy, regulatory checks and rules of origin. So what are the implications of this deal on British trade with the EU?

The trade agreement effects on business

Although it took over four years to agree on a deal, the current framework isn’t set in stone. The EU-UK Trade and Cooperation Agreement is designed to be dynamic and reviews are set every 5 years. It’s likely we’ll add new regulations and update existing terms as the years go by, so stay up to date with debate and changes to the rules.

As it stands, there’s a lot of continuity in the current EU-UK agreement. UK businesses are guaranteed tariff-free trade of merchandise but customs checks have increased. In 2019, 46% of UK merchandise exports went to the EU. The extra checks and paperwork will affect a huge number of businesses who continue to trade with the EU.

What’s more, there’s no clear ruling yet on professional and financial services. This will come at a later date but for now, it’s important to recognise that any UK-based qualifications will no longer be automatically accepted in the EU.

The agreement will be governed by a “partnership council” that a UK minister and an EU commissioner will supervise. The council will meet half the time in London and half in Brussels to make decisions that keep the UK and EU working together. EU law will influence the deliberations as EU commissioners need to uphold it in whatever they agree with us.

Although tariffs won’t apply to goods exported from the UK to the EU, goods will need to be declared at customs on both borders. It’s estimated that around 215 million import and export declarations will be made by British traders. This will amount to 430 million forms needing to be completed in total by mirroring customs procedures in the EU.

Declarations can range in price from around £20 to £55, so it’s potentially a very costly extra step. Not to mention the delays that adding in these checks will cause. Immediately it’s clear that the competitiveness of British goods in the EU stands to be impacted.

Some businesses have tried to navigate these extra delays and charges by establishing depots or warehouses in the EU as delivery hubs. Many have also taken on extra stock to avoid initial delays at the beginning of January, so the true effects of the agreement may not be seen for some time. For small businesses this is obviously a significant cost, not to mention the extra time needed. Multiple distribution hubs also mean more working capital will be tied up in inventory, so having robust facilities in place will help bridge cash flow gaps.

Goods that had been certified under the EU system, the CE mark, will now need to follow the new UK system. The “UKCA” safety marks indicate a product conforms to UK safety standards and cost £500 each. Currently they’re essentially the same in health, safety and environmental standards as the EU but this could change. Certifying products separately for regulators in the UK and EU may prove too costly for many manufacturers.

Hauliers now need access permits to travel across the EU. All EU truckers are able to make three pick-ups and drop-offs in an EU country before they return home. Now, British vehicles can only make a single drop-off and one pick-up inside an EU member state and two pick-ups and drop-offs when they cross an EU member state. For haulage companies that rely on being able to make multiple deliveries and pick-ups, this is a significant change to streamlining their activity.

Opportunity can be born from constraint

Although there are a lot of new processes and changes to consider, British businesses can work ways around these. Commercial opportunities will arise from new freedoms, it’s up to entrepreneurs and business owners to seize them. This could mean establishing hubs and distribution centres in the EU or rethinking supply chains and markets to sell in.

We’ve seen the innovation, pivots and new ventures many small businesses have taken to face COVID-19. Consider the impact of Brexit on your business as an opportunity to find new routes to success.